Following President Obama’s November 20, 2014 address to the nation on immigration action, major news sources are reporting on the response from the technology industry in Silicon Valley.  In our previous report, we explained that President Obama’s actions, once implemented, could ease legal hurdles for high-skilled immigrants working in the technology industry, and their families, such as proposals to expand the time limit and degree requirements for Optional Practical Training (“OPT”).  However, it’s still unclear how President Obama’s proposed actions, tasked to U.S. government agencies and various task forces, will impact the industry.

The focus of one report is on the challenges our immigration laws currently pose to start-up companies. Often, qualified candidates for programming, software engineering, or data scientist positions are foreign-born students attending U.S. universities and unable to secure work authorization.  The limited number of H-1B visas for highly-skilled workers as well as the limited avenues for obtaining work authorization, create a grave challenge for technology company recruiters seeking to hire qualified foreign-born students. As a result, technology companies are deprived of a capable pool of candidates for their workforce and struggle to accommodate their customer demands and grow their businesses.  Because President Obama’s proposals did not address the need to increase the number of available H-1B visas the technology industry must continue to wait for Congress to act.

Media coverage of the technology industry’s response to President Obama’s executive action demonstrates the industry’s leverage and influence on driving the conversation about immigration policy in general. Erickson Immigration Group closely monitors all relevant news and will provide timely updates, should we receive any further news regarding President Obama’s executive action, and its impact on the tech industry in particular.

In a news release published November 26, 2014, Ontario has proposed its first-ever immigration legislation in response to expected increases in the federal government’s allocation of economic class immigrant admissions. The legislation aims to make the province’s economy stronger by accomplishing the following objectives: Facilitating Ontario’s work with the federal government on the recruitment, selection, and admission of skilled immigrants; Strengthening the province’s ongoing efforts to reduce fraud by protecting the integrity of our immigrant selection program and improve accountability; and Increasing transparency and information-sharing with our immigration partners.

The proposed legislation comes in the wake of the government’s Immigration Strategy, which will go into effect in January 2015. Ontario is a popular destination for immigrants seeking to work in Canada.  The province receives the most immigrants in Canada, and immigrants make up 30 percent of Ontario’s workforce. As a result, Ontario’s proposed immigration legislation is anticipated to play a major role in growing its economy.

Australia and China have agreed upon a Work and Holiday visa program that would allow Chinese nationals to visit Australia for up to 12 months and work for one employer for up to 6 months.  This visa would be available to 5,000 skilled Chinese work and holiday travelers.  This program is expected to facilitate and increase tourism in Australia.

In addition, Australia and China have completed negotiations of a free trade agreement that would ease the travel between the two countries for certain business and visitor travelers.  Such provisions could include expedited visa processing for travelers between the two countries as well as unifying licensing and skills recognition processes within the entire visa application process.

The free trade agreement is expected to streamline entry for the following groups: Chinese intracompany transferees and independent executives traveling to Australia; Chinese business visitors to Australia; Contractual service suppliers traveling to and from each country; and, Installers and servicers traveling to and from each country. China would also offer equivalent entry and stay for dependents and spouses of Australian intracompany transferees or contractual service suppliers staying for longer than 12 months.

In addition, under a new Investment Facilitation Arrangement, Chinese companies undertaking infrastructure projects in Australia valued at above $150 million will be able to sponsor subclass 457 visas to a wider range of occupations. The new program will be available on a case-by-case basis under arrangements similar to those set forth in the Enterprise Migration Agreement.

The Australian House of Representatives recently passed a bill expanding the immigration minister’s authority to decide which applicants for Australian citizenship are granted citizenship, including extending the time the minister has to decide whether to grant citizenship from one to two years and adding a “good character” requirement.  When asked what constituted “good character”, Australia’s Minister for Immigration and Border Protection, Scott Morrison, declined to respond.

In addition, the bill adds further grounds for which citizenship applicants may be denied citizenship by the immigration minister.  These grounds include: pending, current, or previous criminal convictions, receipt of a court-ordered confinement to a psychiatric institution due to criminal offenses, or receipt of a court order to undertake residential drug rehabilitation program.

Immigration Minister Morrison stated that the bill is designed to restore integrity to Australia’s migration system, however, it is expected to face great opposition in the Australian senate by both the Australian Greens and the Australian Labor party.

WISHING YOU A HAPPY AND SAFE THANKSGIVING

FROM EVERYONE AT EIG 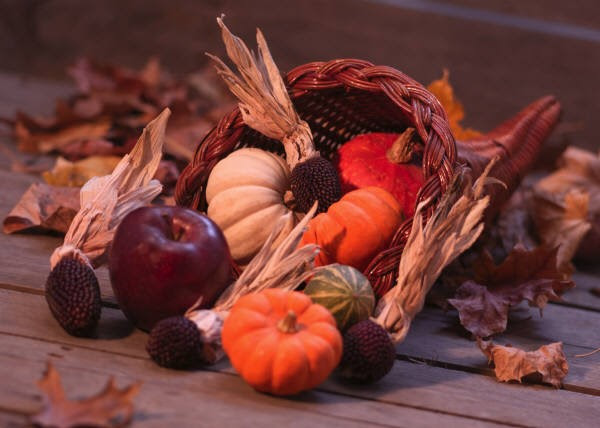 US Embassy in Kyiv Reopens